The Verisign Executive team brings a tremendous breadth of expertise and talent. 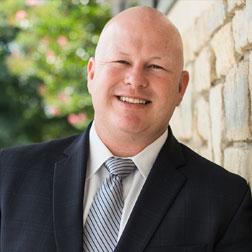 As executive vice president and chief security officer (CSO) at Verisign, Danny McPherson is responsible for all aspects of the company’s information systems and services, as well as information and corporate security. Additionally, he represents Verisign in key forums focused on critical infrastructure, engineering, research, security and online trust. With over 25 years of experience in the internet network operations, security and telecommunications industries, Danny brings tremendous technical leadership and operational expertise to the company.

Prior to joining Verisign in 2010, Danny was vice president and CSO at Arbor Networks, where he developed solutions to detect and mitigate cyberattacks. Before that, he held technical leadership positions in architecture, engineering and operations with Nokia (formerly Amber Networks), Lumen Technologies (formerly Qwest Communications), Genuity, Verizon (formerly MCI Communications) and as a principal in the United States Army Signal Corps (USASC).

Danny has actively participated in internet operations and standardization since the early 1990s. He is currently a member of the Internet Corporation for Assigned Names and Numbers’ (ICANN) Security and Stability Advisory Committee (SSAC) and has served on the Internet Architecture Board (IAB), the Internet Research Steering Group (IRSG), the U.S. Federal Communications Commission’s (FCC) Communications Security, Reliability and Interoperability Council (CSRIC) and the U.S. Department of Homeland Security’s Cybersecurity Subcommittee, as well as the Online Trust Alliance (OTA) board of directors. He has chaired an array of Internet Engineering Task Force (IETF) and other working groups and committees in these and related forums.

Learn how Verisign is focused on improving the Internet’s evolving infrastructure by investing in innovation.

See how we work to promote a public policy environment that supports the internet.

Get the latest on Verisign and the internet infrastructure industry.